Get 100 Cydia apps now and jailbreak your apple device

Do you want to jailbreak you apple device ? please visit us for more information on what apps are on cydia. visti us now

Jailbreaking is one of the most thing many Apple users like to do it since it has opened more source of app on you iPhone. In other words, its privilege escalation on an Apple device to remove software restrictions imposed by Apple.

2. What Apple Device can be Jailbreak?

It’s so true that most Apple users like to jailbreak their iPhones and mac books in which these are the most ones which people use them daily excluding Apple Tv in jailbreak since it not that much included in most of pirate’s apps.

3. What is iPhone Jailbreaking?

iPhone jailbreaking means you are unlocking other authorized app from other developers and use them on you iPhone these including damage you Apple warrant and use other apps from unknown source developer which may lead to damage your device.

4. What is Mac book jailbreaking?

Most of the apple users like to have other option ways of getting apps for free in other website of other developers and in this case, users are using pirate apps which other developers have cracked them it’s much risker since it’s against apple term and conditions. Sometimes it makes mac books getting debugs and error messages.

What apps do I get after jailbreaking my iPhone or Mac book?

In most of iPhone users there are so many apps available on platform app called ‘cydia ‘this platform is own by one of the developers who has been sharing a lot of pirate apps to Apple iPhone users to use them since there are more tweaks and games free to download and make changes on you iPhone sometimes it can even destroy the current IOS on iPhone so you better be aware of this just in case you decide to go for jailbreak.

is a graphical user interface of APT for iOS. It enables a user to find and install software not authorized by Apple on jailbroken iPhones, iPads and iPod touch devices. It also refers to digital distribution platform for software on iOS accessed through Cydia software. Many of the software packages available through Cydia are free of charge, although some require purchasing.

‘’Cydia is developed by Jay Freeman (also called “saurik”) and his company, SaurikIT. The name “Cydia” is a reference to the moth genus Cydia, notably the codling moth (with a scientific name of Cydia pomonella), which is the proverbial “worm in the apple.”

Cydia is acts as apple store once you have jailbreak you apple device and you will be provided with a lot of apps from cydia’s developers but you can still use Appstore even though you are using cydia apps.

Why you should jailbreak your Apple Device

Why you should not jailbreak you Apple Device

But to my concern if I have my apple device that cost me much than 100$ I cannot take that risk since my privacy is much concern and I would prefer to keep my apple device as much as I could and avoid damaging my Apple warrant policy. Watch now 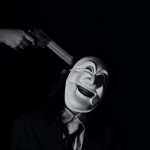